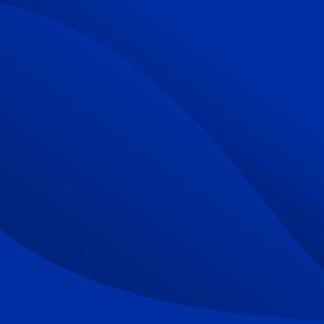 Noted Twin Cities food experts Soile Anderson and Eleanor Ostman will co-present a tasty program about Finnish foodways as Lecturer of the Year from July 1, 2019 through December 2022. The Minnesotans co-authored the book Celebrations to Remember: Exceptional Party Decor and Fabulous Food.

Soile (red apron) is a native of Finland who relocated to Minnesota and the St. Paul area, where she opened The Deco Restaurant, Taste of Scandinavia bakeries and the Finnish Bistro. She has been featured in Martha Stewart Living magazine, and in 2017 she was inducted into the Scandinavian American Hall of Fame.

Eleanor (blue apron) is of Finnish descent, and was born and raised in Hibbing, Minnesota. She studied journalism at Macalester College and was food writer for the St. Paul Pioneer Press. She drew on decades of her columns and published two cookbooks, Always on Sunday and Always on Sunday Revisited.

She and Soile met in the 1980s and developed a lifelong friendship and partnership in presenting food demonstrations and talks. They are able to tailor their presentation to the interest and size of the audience and capabilities of the venue.

Lakes and rivers—and fish–are plentiful in both Finland and Minnesota, where Soile and Eleanor are from.

To make filling: sauté onion and garlic in a splash of olive oil. Add Vegetable Magic, pepper and salt. Stir fresh spinach into onion mixture and sauté until spinach cooks down but do not overcook. Add green onion and fresh dill; stir well. Stir in feta cheese. Allow the mixture to cool down.

Rub the trout with remaining olive oil on all sides and sprinkle with additional salt. When filling has cooled, place that mixture inside the trout and roll trout to enclose. Sprinkle the trout skin with a mixture of brown sugar and Sriracha or barbecue seasoning.

Prepare grill with charcoal until hot; top with soaked and drained wood chips and allow smoke to form. Place trout on a well-oiled grill (so it doesn’t stick). Place cover over grill with vents open. Allow trout to cook until done. Serve trout with the following dill sauce.

Combine all ingredients in a large bowl. Cover with plastic wrap and place in refrigerator until chilled. Makes about 6 cups.

Soile and Eleanor share two recipes that are traditionally enjoyed at Vappu (“May Day”) in Finland. Tippaleipä is similar to what we know in the U.S. as funnel cakes. Sima is a slightly fizzy Finnish fermented lemonade that is served chilled.

In a bowl, combine eggs and sugar. Heat the half-and-half until warm to the touch, about 110 degrees. Stir the egg mixture into the half-and-half. Stir in yeast. Add flour slowly to make a soft dough. Cover the container with a towel and let the dough rise until puffy, light and stretchy.

Heat the oil (coconut oil will give the tippaleipä a delicate coconut flavor). Heat the oil gently until a small spoonful of the dough browns nicely.

Make a cone using parchment paper, taping it to make it hold its shape. Spoon dough into the cone. Cut the tip of the cone to allow a thin stream of dough to escape. Using a circular motion, squeeze dough into the hot oil, making about six to eight loops to form the nest-like tippaleipä.

Continue to make as many tippaleipä as will comfortably fit into the oil. Turn when they are brown on the bottom to equally-brown the other sides. Repeat until all the dough is used.

When each batch is done, put to drain on a rack placed on paper towels on a cookie sheet. When the tippaleipä are slightly cooled, coat them with granulated sugar. If desired, add cinnamon to the sugar before coating.

OPTIONAL: Instead of the granulated sugar and cinnamon, dust with confectioner’s sugar.

Makes 24 or so, depending on size.

In a large pot, bring water to a boil. Add the brown and white sugar, stirring until dissolved. Add the lemon slices. Stir well and let rest until overnight, or at least 8 hours to get a lemony flavor.

Stain the liquid into to a large non-metallic container, preferably glass, that allows space for the fermentation process. Discard lemons. Add the yeast, stirring well. Add the raisins.

Cover the container and allow to stand at room temperature for at least 8 hours or overnight until tiny bubbles form and the raisins rise to the surface. Chill before serving. If desired, the mixture can be stored in glass bottles for several days in the refrigerator.

Soile and Eleanor share the recipe for this simple and delightful blueberry cake, a favorite at Soile’s mother’s coffee table in Finland.

Mix flour, sugar and baking powder in a mixer, using the paddle blade. Add butter cubes while mixer is on low speed, until a fluffy paste forms. Crack eggs one at a time into a separate bowl. Slowly add one egg at a time, with mixer at low speed. Add vanilla.

Butter and flour a 9-inch round cake pan (preferably with a removable bottom). Soile suggests using Cream of Wheat instead of flour to coat the pan. Spread batter in the pan. Sprinkle blueberries on top of batter.

Bake in a 350-degree oven for 45 minutes, or until a toothpick comes out clean. If not done, lower temperature and bake longer.

Remove cake from oven and cool. Remove from pan (leaving the bottom of the pan in place). If not using immediately, wrap and freeze. If using right away, briefly simmer apricot jelly with a small amount of water, stirring until smooth. Brush warm glaze over cake.

You may also cover the top of the cake with additional blueberries and dab with more of the apricot glaze. Decorate with fresh whipped cream, if desired.

Soile and Eleanor share the recipe for this colorful and flavorful dish, a traditional part of the Christmas meal in Finland.

Refrigerate for at least a day for flavors to blend.

This beef stew, known as mojakka by many Finnish-Americans, is a favorite dish throughout the cold winter months but especially in celebration of St. Urho’s Day on March 16. Eleanor shares a favorite recipe for mojakka, a Finnish beef stew, and the story behind it:

“My mother made both meat and fish mojakka, and she used peppercorns, whole allspice and bay leaf.

“In my book, Always on Sunday, I printed the winning recipe from a mojakka contest held in 1989 at the Iron Range Interpretive Center in Chisholm on Minnesota’s Iron Range (I grew up in nearby Hibbing, Minnesota). The event was the First International Mojakka Cookoff during Finnish Ethnic Day At Ironworld USA.

“The winner was Elma Salmi of Chisholm, who made the beef stew every week of her working career as a cook at Pyrinto, the Finnish boarding house in her hometown. She met her husband, Neil, at the boarding house, and she said he ‘tumbled’ the first time he tasted her mojakka and rye flatbread.

“‘True mojakka,’ Salmi said after winning the contest, is made just plain. Some cooks add celery and tomatoes, which offends her. Salmi’s one nod to ‘fancy’ cooking is liberal use of allspice. When the Duluth newspaper printed her recipes and indicated that Salmi used whole peppercorns, she was not willing to go that far. ‘Just regular ground pepper,’ she said.

“One of the contest’s other prize winners did something no old-time Finn cook would think of — browning the meat. Browning beef isn’t a bad idea and likely gives the mojakka more flavor, but true mojakka is just boiled beef and vegetables.

“My mother’s version might have had one rutabaga, making up the difference with more potatoes, but here is Elma Salmi’s ‘just plain’ version.”

Bring water to a boil. Add beef and soup bone. Cook, skimming the broth occasionally. Remove meat when tender. Add allspice, rutabaga, onion and carrot to the broth. Cook for 30 minutes. Add potatoes. Cut up meat and return to pot. Continue simmering until vegetables are soft. Season to taste.